HBO’s From The Earth to the Moon

We're going back to the Moon as we talk all things From The Earth to the Moon. We speak to two Apollo Astronauts and two people heavily involved with the wonderful HBO miniseries; Graham Yost and Paul McCrane. Our Ti with Graham Yost, guest for this episode, also wrote Speed.

Paul (Robocop, 24, Fame) plays Pete Conrad in From the Earth to the Moon and Graham (Speed, Band of Brothers, The Pacific) was the series producer and writer of more than one episode of the wonderful miniseries. Our Andrew with Fred Haise, Apollo 13 Astronaut who you'll hear in this episode

Andrew, Ti and Steve gather in the shed to discuss the series ans are joined by Tom Adams who also performs a song about Apollo 11 astronaut Mike Collins. We also hear Andrew's interviews with Alan Bean and Fred Haise. 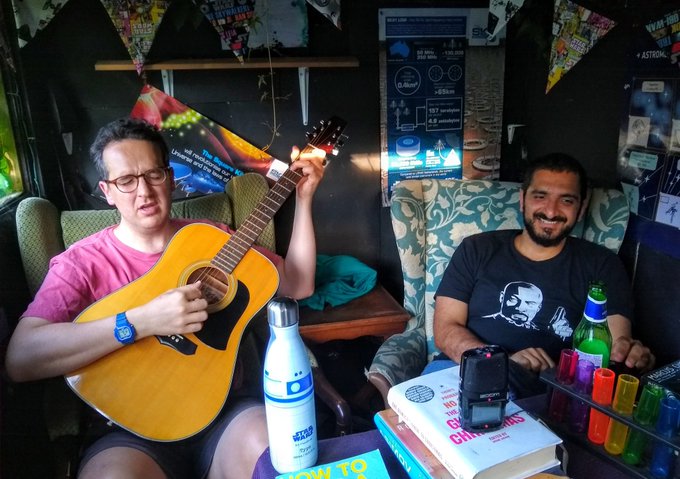 Tom Adams and Ti Singh in The Cosmic Shed

You could also win the Blu Ray box set of the miniseries by following us on Twitter and/or Facebook and entering the competition. Thanks HBO.