Marina Sirtis (Deanna Troi in Star Trek TNG) joins us for our first episode of 2019. Marina has been cast in the brand new play Dark Sublime coming to London's West End this summer and joins us to talk all things Star Trek, Gene Roddenberry, Donald Trump and, of course, Dark Sublime. Dark Sublime is a play about an ageing science fiction actress and her relationship with a fan. It's a comedy about space...and time.

Marina tells us that she has finally got round to watching Star Trek Discovery (she waited until she was back in the UK and could watch it on Netflix) and tells us what she thinks of it. You'll have to listen to find out what Marina thinks... 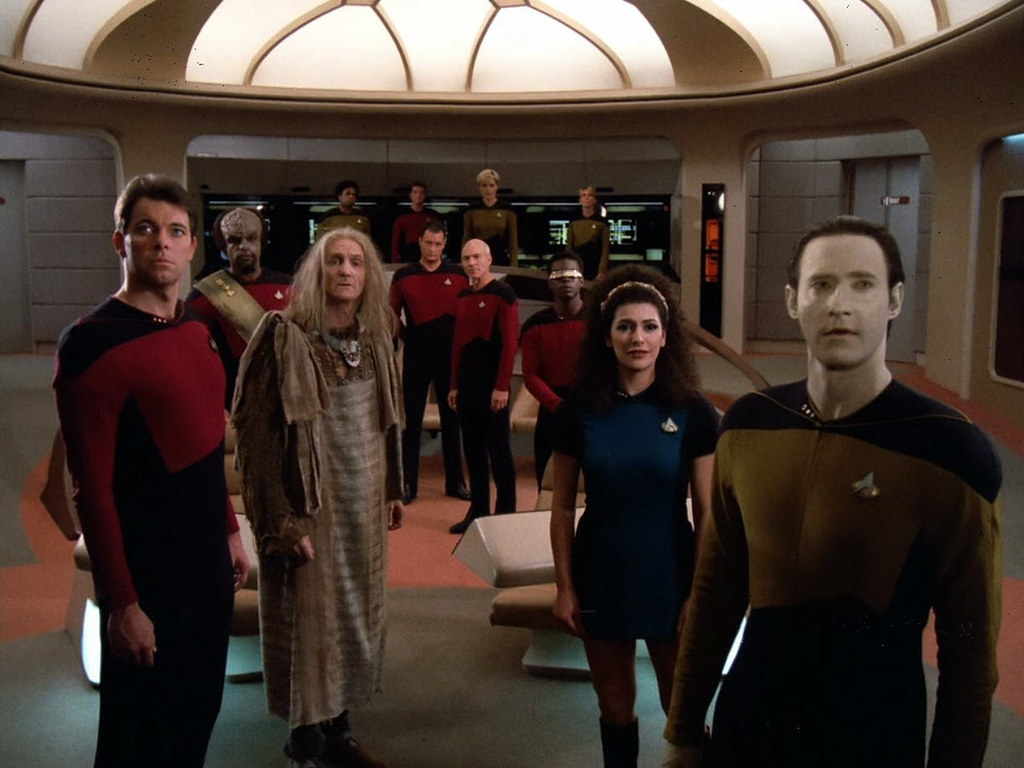 Star Trek TNG is available on Netflix and, hopefully, your own DVD/BluRay collection.

All of us in the shed have got our tickets for Dark Sublime. You can get yours here.

If you can't get there or even if you can but just want to support it further, you can get involved in their indiegogo campaign. There's even a gala event where you can mingle with the cast...

Marina was talking to Andrew and Ti.

Marina Sirtis is a Tottenham Hotspur FC who are also known as Spurs. They were not playing themselves in the semi-final of the Carabao cup, no matter what Andrew says at the start of this podcast. Sorry about that.

To leave or reply to comments, please download free Podbean or