We're inundated with wonderful guests for this megalong episode of The Cosmic Shed all about sharks and The Meg. Jump in, it's perfectly safe. 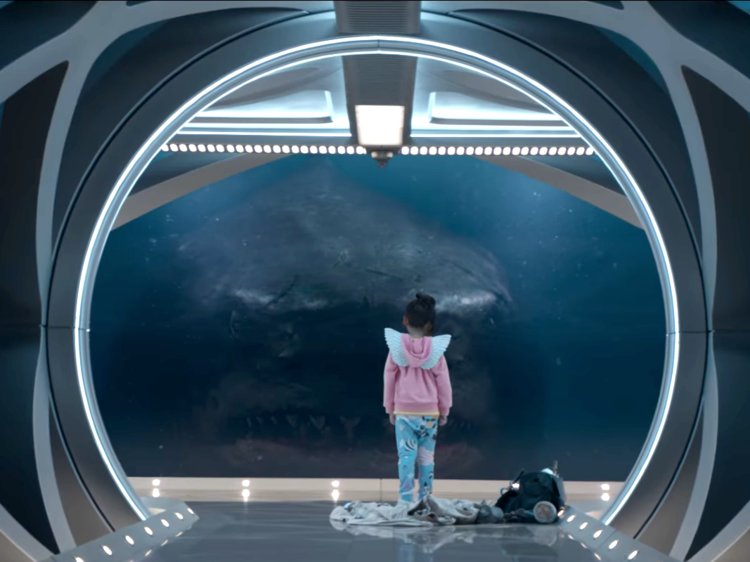 The Meg is a fun movie and this episode of the Shed reflects that.

We hear from Steve Alten, the man who wrote the books that the film The Meg is based on.

We hear from Kayleigh Burns who recently got up close and personal with the biggest Great White Shark we know of. Her encounter, with her colleagues at One Ocean Diving hit the news recently and we are delighted to be able to bring you this interview with Kayleigh after her life changing experience.

We talk to Kayleigh Burns (the person in this photo of Big Blue) Credit @camgrantphotography.

Andrew, Maddy and Ti are joined in the shed by Ric Barnes of Spin Up Science. Ric spent some time doing shark research with Lemon Sharks and tells us a wonderful fact about sharks he heard about in that research.

Annie Moir and Ric Barnes in The Cosmic Shed

Annie Moir is a huge fan of Steve Alten's Meg books, appears as a character in his Shark Man book and is, (almost certainly) more importantly, the film maker behind this deeply wonderful film featuring humpback whales. Find yourself the best headphones or sound system you can and press play. If that weren't enough, we also hear from Professor Adrian Melott, Emeritus Professor of Physics and Astronomy at the University of Kansas. Adrian joined Andrew to talk about his recent paper on the discovery that there is a good possibility that the Megalodons were wiped out by Supernova explosions far out in space. Even if you never see The Meg, don't worry, this episode of The Cosmic Shed does not require you to have seen the film and will not spoil it if you do eventually see it. It's an episode packed full of fun and interesting interviews and we had a huge amount of fun making it. We hope you'll have just as much listening.

Kayleigh mentions the Instagram of Jim Abernathy for the petition.
Andrew mentions this episode of The Octonauts
One Ocean Diving have a website here and can take you freediving with sharks... One Ocean Diving in Hawaii. Our guest: Kayleigh and the sharks
Credit @camgrantphotography.